Take this everyday example… If you want to change something, like the colour of your living room, you need to have an idea of what you want to change it to in order for it to actually happen. It’s not until you’ve decided what colour you want it to be that you will actually go to the DIY store, purchase the paint and put it on the walls, right? You don’t randomly and blindly buy the paint, take it home, put it on the walls and then decide that’s the colour you want do you? No, you make that choice before you institute the change. And what do you need to make that choice? Some creativity! In order to have even a vague idea of what colour you want your living room to be, you need to engage in a bit of visualisation- imagining what it would look like in certain colours. So you have to get your creative juices flowing.

Now for some, creativity comes more easily than for others, but we do all have it in us and it can be fostered and encouraged. Which brings me back to the question of whether you are actively creative and whether you engage in creative activities in your sessions. In working with difficult young people you are encouraging them to change- to try on a different behavioural colour or style. One of the problems is that they lack the tools to even begin to contemplate, let alone action change. Contemplation requires creative thinking, the ability to see beyond what is right underneath their noses, in their immediate frame of reference. And this is where the importance of creative activities comes in. These activities do not have to specifically be addressing an issue in their lives. The creative act in its own right is a therapeutic tool.

Creativity enables them to escape from the confines of the here and now and to dream and visualise something new. That could be something indirect like a piece of artwork showing what they think heaven and hell look like (which could also reveal some issues they have), or something more direct, like drawing a picture of what they want to be doing in 5 years time. Through creative activities you can help them to become dream-makers by helping them to get the creative parts of their brains going. In so doing you help them develop the ability to form dreams for their own lives so that they can work towards making them true. So many kids have had dreams beaten out of them by discouraging at best, abusive at worst, parents, workers, teachers etc. We need to help them get that part of their brains up and running. Dreams form an escape from the harsh realities of life now, and provides them with a vision for their futures. (A fantastic example of this can be seen in the film ‘Precious’. Here dreaming as an escape and the role of journaling for envisioning a better future are explored).

Creative activities not only help them to form dreams, but it also gives them a safe environment to explore new ideas and concepts and ways of doing things. Going back to our living room wall- it’s always good to get some tester pots! 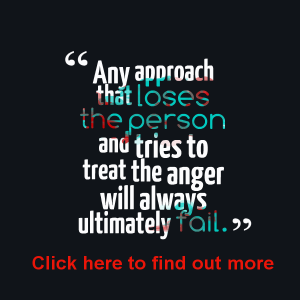 For example, by going to a street dance workshop they can learn new ways of using their bodies. While that might not sound like the biggest deal, doing anything new for a disengaged young person is a MASSIVE deal, and opens them up to the possibility of something new, of change. More directly, writing a poem or a song exploring how they could and should deal with a confrontational situation rather than their usual violent one and the feelings involved helps them to think through the practicalities and realities of change. This makes it more likely that they will give it a go as they will feel better equipped to deal with the pressures associated with change. Another obvious approach would be drama: using roleplay as a means of exploration.

Being creative also obviously involves the creation of something and when a young person creates something the immediate environment around them changes. A park looks different with a wall mural, the feeling in a room changes with the energy of a dance routine, a roomful of people can feel happier or more sad depending on a piece of music or a song. Through assisting them in the creation of something you are showing young people how they can effect the environment around them. While this is a valuable lesson in terms of the effects of their negative behaviour, it is extraordinarily powerful in terms of the positive effects they can have. You can show them that they are not inert powerless individuals, they can create and recreate things, and that includes themselves. They have the ability to recreate themselves for the better.

Obviously before you start a creative activity with a young person you have to consider what activity would be most appropriate according to their interests and ability to engage in groupwork or not. You also have to be mindful of the fact that creativity is a risky business for them. They may fear failure, or just ‘looking like a dick’. Everyone has a level of fear when it comes to trying something new (and you are lying if you say you have absolutely none) so pitching the level of exposure in the activity to the person is key. So for someone who is painfully fearful, a smaller scale one-to-one creative activity would be better than a large group one.

And don’t just sit there and watch them doing the creating. Aside from the fact that that is extremely nerve-wracking for them, it is not setting a good example. It implies (rightly or wrongly) that you are scared to get involved and try new things out which goes completely against what you are trying to achieve with them in their lives. You are an extremely important role model.

So help them be creative- it will reap dividends in helping them to help themselves. Yes, creative sessions do often require more thought, preparation and planning than your usual ones, but I promise you that by you using your creativity to come up with those sessions that you will be revitalised and re-energised for your work. I really truly believe that creativity feeds the soul. So it’s a win-win.

For this post I wanted an appropriate image to go with it. I did an image search on ‘creativity’ and was bombarded with images of kids painting and generally getting a bit dirty. This kind of got me thinking. When you’re a kid everything is fresh and new. You generally approach new things with a wilful abandon. Anything is possible. There is no inherent right or wrong way to approach a problem, you just have a go and see what happens. Imagination abounds. If we could relight that desire for creativity, exploration and imagination even to the smallest degree in ourselves and in the lives of the young people we work with, miracles can and will happen.