Their behaviour is far from perfect. In fact it is often the polar opposite. They don’t engage in anything productive and will often embrace anything that’s destructive. They have such low expectations of themselves that getting out of bed in the morning counts as an achievement. They don’t want to engage with you, they barely want to engage with themselves. Some call them drop-kicks, others losers.

It might then come as a surprise that lying within some of these disengaged young people is an expectation of themselves, a standard that soars higher than anything you dream of for them. Paradoxically it leaves them cowering, helpless, paralysed in its shadow, thoroughly held hostage. This expectation, this standard? Perfection.

They look at the kid that has it all, whatever ‘having it all’ amounts to in their minds. It might be the kid with the brains, the one who’s popular, the one who is a sporting legend, the one who gets the leading roles in all the plays. Or it might be the one that even though they’ve had a tough time of it still seems to be together, still seems to be getting it right. And they want to be like those kids, deep down want to have even a little piece of what they’ve got. They are pretty darn near perfect as far as they are concerned.

But then they look at themselves. And all they see is their mistakes, or when they tried and failed, or they hear the voices that have told them that they’ll never amount to anything. And the chasm between them and those other kids becomes so wide, so deep and so utterly unbridgeable in their minds that they collapse in defeat.

And they conclude that those kids are just better people than them. Those ‘perfect’ kids have a goodness at their core and they just have badness. That’s why they’ve stuffed up, made bad decisions. And if that is what is at their core then there is little point trying. They just can’t change.

Or they feel that because they have ‘stuffed up’ that they can never achieve that level of perfection, so again

there is no point trying. Once you’ve fallen, that’s it. There’s no point trying to get up and carry on. They’ve ruined it, they’ve blown it. And even if there is a glimmer of hope, of belief that they could carry on, try again, it is extinguished by the fear that if they did they’d only mess up again and they can’t cope with further disappointment in themselves, the disappointment of others, so they’ll quit trying.

So they end up doing nothing, going wherever the current happens to take them, drifting. Or they’ll decide to do their time in life surfing on the flames of hell and making sure everyone knows it. If they’re going to be ‘bad’ they’re going to do it properly.

And often they will try and bring down those ‘perfect’ kids, those kids that remind them of who they think they can never be. Passive or outright aggressive. Words behind backs, in faces, taking the mick, belittling them, tripping them up in whatever way they can.

Quite simply, they are freed. Freed from an unobtainable goal. Freed from focusing on what they can never achieve, allowing them the opportunity to look at what they are capable of achieving instead. Freed to see the humanity, the inherent frailty in everyone, including the ‘perfect ones’ and therefore allowing them and themselves to be human rather than superhuman. 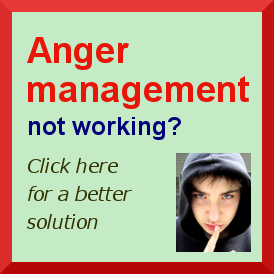 If they live in constant fear of the fall, then they can’t see, they can’t even envisage anything beyond it. If they feel they have fallen too far or too many times, then they fear trying again, they fear the potential future falls. Everything in life becomes about the mistakes, the falls and nothing else; in their minds there is nowhere else to go.

Thoughts are consumed with the fear of disappointment, the fear of rejection, the fear of ridicule, the fear of shame if they try again and fail, if they fail to make the perfection mark. So they stop trying. They label themselves one of life’s losers and that this is just their lot. And they and the notion of perfection ends up robbing them; robbing them of possibilities, of potential, of lessons learned, of the sheer joy of personal challenge, of trying something new, of overcoming obstacles and mistakes, getting up and trying again.

If they let go of the mirage of perfection then falling and the fear of falling does not have to paralyse them. When they do fall it becomes about how far they have come or what they have learned in the fall, staying firmly focused on still moving forward, trying to get it right this time. Movement and progress becomes the new focus and suddenly they realise that life with all its possibilities is available to everyone.

Everyone can start from where they are. Going somewhere in life stops being about having the perfect set of life circumstances, the perfect ingredients, the perfect x and y before starting anything can even be contemplated. It stops being about an endless fruitless comparison of themselves with others and it becomes about them. It becomes about working with what they’ve got and seeing where that takes them, and if they face obstacles or make mistakes it’s about learning and carrying on. In essence it becomes about determination and resilience, not defeat.

And for any of this to happen they need to see the humanness of those that they have pegged as superhuman. We need to show them that that kid or that celebrity they privately or publicly idolise also has faced and still faces obstacles. That they have had to persevere, to work hard and with determination, have also felt challenged, have also had moments when they thought they might give up, that it was not just handed to them on a plate. That each day now they still have to choose to face the fear of failure, embrace their imperfection and commit to carry on, to improve.

Our teen hostages also need to see that sometimes those very people that we think are so perfect can sometimes also be plagued by an expectation of perfection and a fear of failure and it is just that it has manifested itself as a manic drive to be constantly perfect rather than as paralysis. Either way, the real success of life, happiness, is elusive.

They also need to see that we, even as the people tasked to help them, are not perfect and face challenges and struggles too. Overall they need to see that a measure of someone’s success in life is not that shining halo above their heads, the straight As or the perfect job or the Beckham foot-skills or lots of money, or a position of authority, or popularity or recognition.

Life success is a continual process not a goal and everyone, no matter where they are now, has work to do if they are to daily taste success. It is the willingness to try, to take daily steps to improve, to make better decisions, to think and do better than the day before, to learn, to grow. No-one ever gets it right all the time, no one is perfect, and as long as we are overall moving in the right direction our mistakes can become a valuable part of a bigger story rather than becoming the whole story.

The key is to keep on moving and refuse to be held hostage by the notions of inadequacy, of fear of failure or of pre-determined loserdom that comes with the belief and expectation of human perfection. Every single person on this planet is flawed and our teens need to know this as much as we do. We need to release them from an unrealistic expectation of themselves that can end up denying them the opportunity and willingness to try and live and engage with their lives to the fullest and happiest extent.