Teen rudeness and righting wrongs: the hidden justice paradox and how to harness it to lose the rude (Part 1) 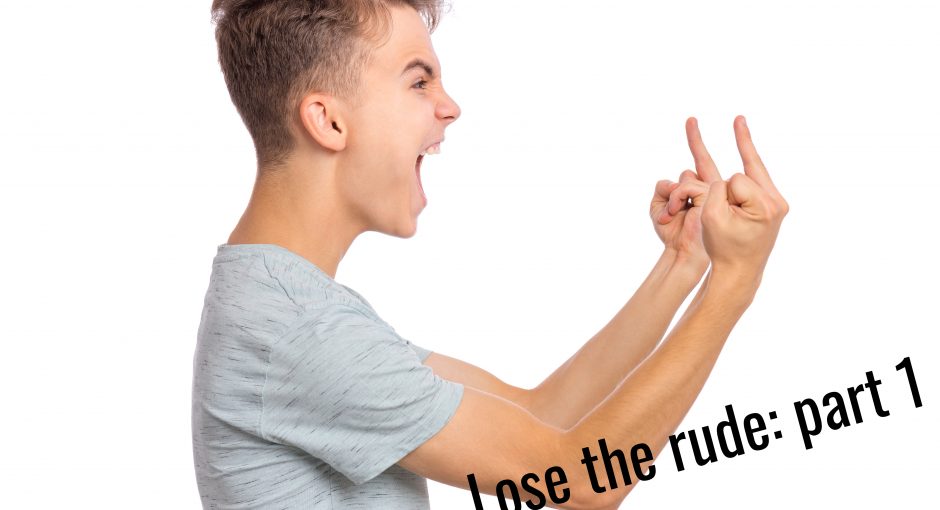 They are the fiery ones. The mouthy ones. The ones that just can’t help but tell us what they think we have done wrong without accepting or even seeming to notice that they have done anything wrong themselves. It seems like they might actually die for the cause of avoiding responsibility. They test our patience to the limits. They can turn the air blue with their insolence.

I often work with these young people after they get into repeated trouble for backchat, rudeness and disrespect. The school exclusions start rolling in, being breached from community orders, they get kicked out of youth clubs, their parents or carers are climbing the walls with frustration. These teens just can’t seem to zip their lips. Their mouths get them in a whole heap of trouble, everywhere. Their attitude sucks.

Or does it? Well obviously it does in very many ways. If your attitude is right you don’t go around treating people this way. So be very clear, I am not about to make excuses for inexcusable behaviour. But what I do want to do today is to shine a light on one aspect of their attitude in all of this that is often overlooked, but that actually can give us clues as to how to address these juggernauts of rudeness. 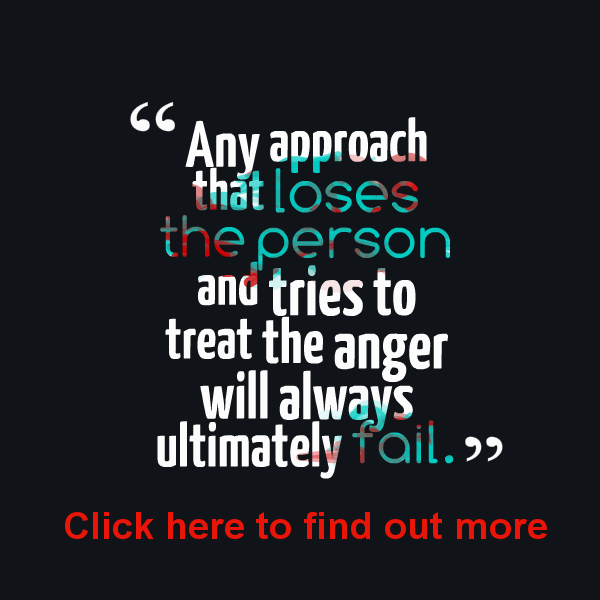 I have the benefit of talking to these young people after the event, when their ability to communicate is enhanced by the fact that they are not in the midst of an emotional response. Because that is what they are experiencing when they go ‘foul’. Their mouths are expressing, in an often totally obnoxious way, an emotional reaction. I get to pick this apart after the event mostly once the emotions have died down. So they are in a better place to communicate their motivations and their emotions when they are with me, than when they are in the middle of going rogue.

“It’s not fair”, they chime, again and again. They have a profound sense of injustice about the situation, whether rightly or wrongly. They perceive that they have been wronged. As far as they are concerned someone has misinterpreted them, misunderstood them or just can’t see beyond the here and now of the situation to see that what they are doing isn’t wrong and there is a good reason for it.

And the reason why they have are so concerned with the injustice of the situation is because justice is so very important to them. “What?!!!”, I hear you say, “Well if they are they so bothered with justice, why do they completely disregard my right to be treated with respect, to be listened to, to not be subjected to a tirade?????”

This is the great justice paradox, but one which we need to understand if we are to help them stop doing this.

If they perceive that they have been treated unfairly they have a strong emotional response. They feel a swell of anger as they experience the injustice of the situation. They have an overwhelming drive to right this wrong. Often their sense of injustice at this situation will also be fuelled by a sense of injustice at previous events in their lives, such as a close relative dying, being taken into care, you often just don’t know what. And then their mouths open and maybe they get physical too, and we all know how it goes down.

Because their  response is so strong, they then essentially ‘lose it’. And that’s why they then start treating us like their personal verbal and/or actual punchbag. They then start treating us in a  profoundly unjust way. But that’s because their emotions are running the show and not the rational part of their heads. So remember this: in the rational, calm, thinking parts of their heads (frontal lobe), justice is everything, but when their emotions kick in the emotional part of their brain takes over (amygdala), rendering their reason mute. That is why we get this seemingly unfathomable contradiction- a kid that believes so strongly in justice, but can treat people like crap.

But what to do? If we bear this all in mind when dealing with them, we can address their behaviour in a way that will motivate them to respond more appropriately precisely because it plays to their sense of fairness. How we respond to them in expressing our grievances with them can also show them how to better communicate their perceived grievance(s).

So next post we’ll look at strategies to try and help our justice-driven teens avoid the emotional blowouts, what to say and do when they are trying to argue with you and how your role-modelling of good assertive communication can be a game-changer- the practical meat on the bones of the justice paradox. After all there’s no point knowing it’s an issue without knowing what to do in light of it, so be sure to check-in next time.

To be sure not to miss out, sign up to the email notification service- pop-up to the right or below: