When working with some teens seems pointless: Focus on seed-sowing, not a harvest

Working relationships with young people can be so transient, and particularly so with troubled teens. There’s the relentless change in their circumstances and their behaviour. The change in the ability and willingness of our organisations and the individuals in them to continue working with them.

All these factors mean that we can often struggle to believe that we are making any difference in their lives. Our time with them is a tiny drop in a vast, vast ocean. It can feel like we can’t make any difference, have any meaningful impact in such a short amount of time. It can feel like we are fulfilling a time requirement, or just waiting for them to stuff up and be moved on.

From here a sense of futility and pointless can so easily set in, particularly when we know that we aren’t going to be working with them for long enough to turn things around. Alternatively we might have been working with them for so long and nothing has changed, and a cynicism has set in, ‘nothing has changed up till now, it’s just not going to happen. They are a lost cause’.

These are the young people that are the tough nuts to crack. We just can’t seem to get past the hard shells to connect with their true inner beings rather than the façade; to see them, to know them and to help them with their hurts, their pains, to share in their hopes, their dreams. We don’t seem to be really communicating, aside from some grunts, some ‘dunnos;, some swear words, or some lip-service responses that they think have tricked you into thinking that they are really contemplating change.

So what to do? How do we stop ourselves from not really trying anymore, giving up, declaring defeat in our minds and just going through the motions of an intervention? Why should we keep on trying, is there any point? Are there just some who will always be beyond our reach?

To all of this, there is one response: We have to see beyond the here and now. Beyond the behaviour that is in front of us, beyond the barriers that they have thrown up around themselves, beyond this moment in their lives. We have to look beyond our relationship or lack of it now.

We may have time to sow one seed or ten, but as long as we are constantly at least trying to sow seeds then we will always have purpose, there is never futility in our actions, there is never a young person beyond hope. Because seeds are agents of transformation.

Seeds are seemingly nothing and can be mistaken for specks of dirt, but they have such potential within them. At the right time, in the right place, with the right circumstances they can change from nothing into something. They can transform into a luscious, living plant.

The here and now with a young person may well not be the right time, the right place, the right circumstances for them to hear what you are saying and to take it on board. The seeds you are sowing may be currently falling on unfertile ground. But seeds can lie dormant for years before germinating. The structure of the soil may change, the light and rain conditions may change, what was once an arid desert might become a fertile plant-loving oasis. And those seeds have the potential to germinate.

You probably won’t be around to see it. A large amount of the time you won’t see it or get to hear of it. It may take ten, twenty, thirty years. It may even happen beyond our lifetimes, with a realisation occurring when that young person is in their last phase of life. You may witness them get a lot worse like when you see their face in adulthood on your local police’s ‘Most Wanted’ list and you may increasingly doubt that it will ever happen. A lot of the time it probably doesn’t happen. But the key thing is- we do not know. We do not know what lies ahead.

We can sow seeds with purpose because we hope. We hope for a better time, a better place, a more receptive fertile ground. We can do what we do despite the swearing, despite the setbacks, despite the disappointments, quite simply if we believe in the power of seeds.

My life was changed by a seed that was sown when I was in my teens. Some words were said to me at the age of 15 that although they kind of washed over me at the time and didn’t have any real significance, turned out to be the most significant words of my life.

However at a time in my twenties when I had come to realise that I did in fact have hideously low self-esteem and doubted my worth, those words returned to me. To this day they sustain me when I doubt myself. And somebody sowed that seed. It fell on unfertile ground and lay dormant for years. But in the right circumstances, when my thinking was in the right place, it germinated.

And our words and actions towards the young people that we work with can sow seeds in exactly the same way. We just have to believe, to have patience, to have hope.

I was fortunate enough to have a young person make contact with me some years after I had worked with her. Wow, at the time she was HARD work. Like fingers screeching down the blackboard hard work. I’d despair. I seemed to have to be constantly warning her that her behaviour was going to put her in breach of her bail conditions or her community sentences, or would be filling out the paperwork when I had to follow through. Half the time she’d turn up to our sessions off her head on some chemical concoction, or else be in an unworkable state on the come-down. In a few sessions she was on more of an even keel and we did manage to actually talk.

In one of those sessions I told her that she did not have to let her life be defined by her past experience of sexual abuse, that she was more than what had happened to her. She could hide from her pain with drink and drugs, but that she would still be living her life based on what had happened to her and not living it on her terms. She told me to ‘fuck off, and ‘what do you know?’. She ended up moving away and that was the last I heard from her, until about 5 years later.

Much to my surprise, she got in contact to say ‘thank you’, to say that even though she was a nightmare that I always tried to help. And she told me that the words, ‘don’t let yourself be defined by your past’ had stuck with her, and they just wouldn’t go away. Eventually she realised that something had to change so that she could actually live her life for her, and so she had taken the steps to stop drinking and using, to seek help in processing her experiences of abuse. As a result she was now clean, not offending and had got herself a steady job in a shop that she really enjoyed. She had turned her life around. The seed had germinated, she sought the help that she needed from others and allowed them to sow further seeds, and the harvest had come. 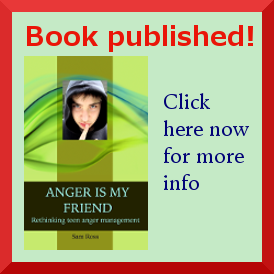 I was so fortunate to have found out about this, that she went to the effort to make contact. This is extremely unusual and we can’t work expecting to see these results, to get this feedback. If we are in this for personal glory, for trophy teens that we can point at and say ‘look how I helped them’, then we will be sadly disappointed.
Particularly with the toughest teens, we will most likely not be around to see the fruits of our labours. Sometimes we will, which is great, but mostly we won’t. It may take further seeds being sown by other people further down the line, for the harvest to fully come.

We have to take it on trust that there is always the possibility of germination, of growth, of harvest. If we have that, then we will work harder and work smarter, even with our most challenging teens, even when we don’t have long with them or when they seem like a lost cause, because there is always hope that a seed we sow will germinate at some point in the future.

4 comments On When working with some teens seems pointless: Focus on seed-sowing, not a harvest 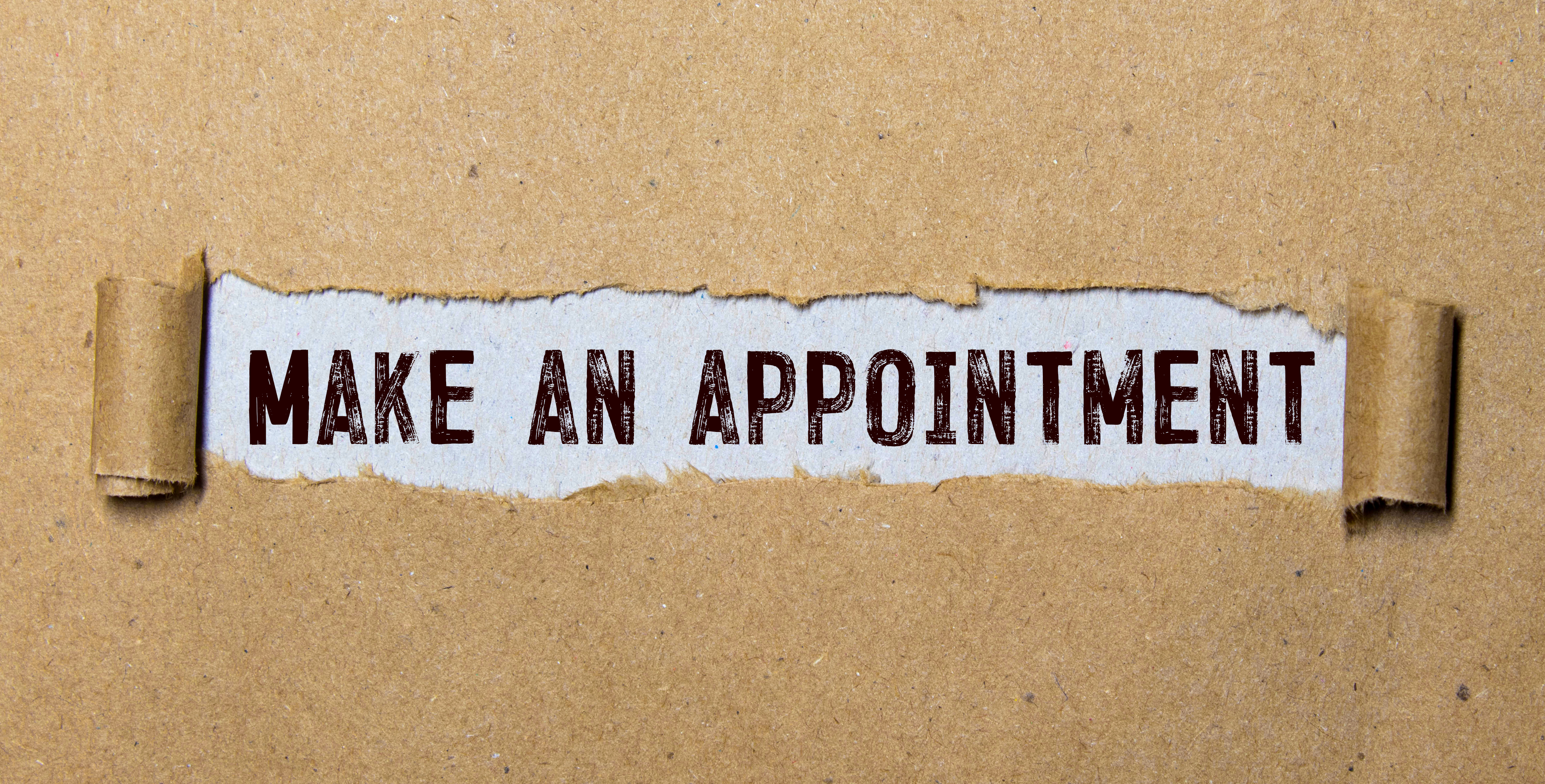 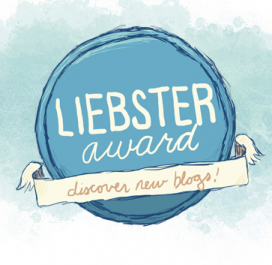